It is an extremely ambitious chapter added by HOPE and Animal Trust in March 2020. The project is functioning on a large scale in Patiala and a small unit is functional in Rishikesh too. This project is supported by many international donors across the world especially from USA, Switzerland, Canada, France, UK, Germany and Australia. Apart from this many Indian donors are also contributing to the effective functioning of the project and helping the neglected and needy community animals of Patiala and Rishikesh.

This project mainly aims at rescue of the injured community animals- cats, dogs, horses, monkeys, cows etc. The team is well trained and fully equipped which response quickly to all rescue calls. The injured animal is given treatment on spot as well brought to our clinic for treatment depending on the degree of injury. We have been successful in giving treatment to over 1000 community animals. We have treated community animals with fracture, mange, vital organ related diseases, eye injuries, tumor, maggot wound infestation, TVT, accident cases etc.

The injured animal is either released or given back to the owner or given for adoption both within the country and internationally. We focus on providing temporary shelter to these injured animals and then finding a compassionate guardian for them. We have been successful in launching adoption drive locally as well as internationally. We have been successful in getting 76 rescued Indie community dogs and cats to be adopted in US, Canada and European countries. As owing a pure breed dog is no longer a pride abroad, adopting an Indie community dog has become extremely popular there. Hence in this race of adoption our Indie breed dogs have won. We get the formalities done and arrange their deportation as soon as possible. Due to novel COVID-19 pandemic, our adoption drive has suffered a setback and we are eagerly praying and waiting for things to get normal so that we could resume our adoption drive and facilitate in finding home for these rescued community animals.

We aim at increasing awareness about the importance of the community animals in society through our programmes. We try developing compassion and empathy for all sentient beings. We have organized several workshops, seminars, camps, talks, competitions to empower the community members especially children as they are the future and the foundation of humanitarian values could be cultivated at the very beginning thereby leading to the establishment of egalitarian society. A society where each sentient being will be given an equivalent status.

We have an extended facility too in the holy city of Rishikesh. A small team caters to the rescue calls and attends them. Here the treatment is done on-site. In this facility we have been successful in rescuing around 200 dogs, cats, monkeys, horses and cows. Since the influx of tourist, both foreign and Indian, is remarkably high, their rescue calls are frequent. Nevertheless, local inhabitants also inform us about the injured animals and help in their rescue.

Local feeding of the community animals is organised by us from time to time. Feeding on large scale in different areas has been done during the locked down. As the community animals who depend on the leftover food of dhabas, restaurants, food courts could not find food during this troubled time hence it was difficult for them to survive.

We have also carried out Animal Birth Control Programmes for the community animals from time to time. We are starting the ABC programme on regular basis at our centre from August 2020. The fully equipped OT is established so that the surgery could be done with ease. The injured animals which are rescued are also sterlised before release or adoption. This helps in controlling the population of the animals, reduces cases of dog bites, the fear of spread of rabies & other zoonotic diseases which in turn promotes the welfare of society at large. 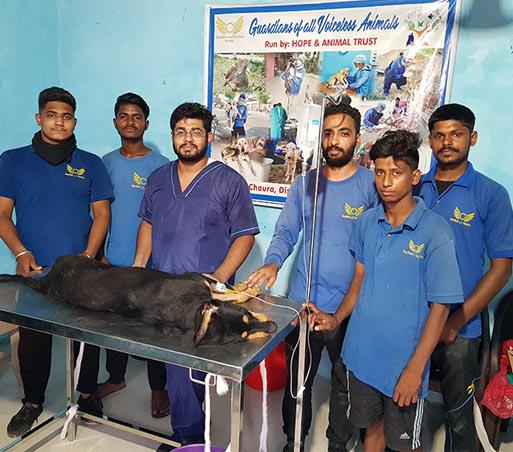 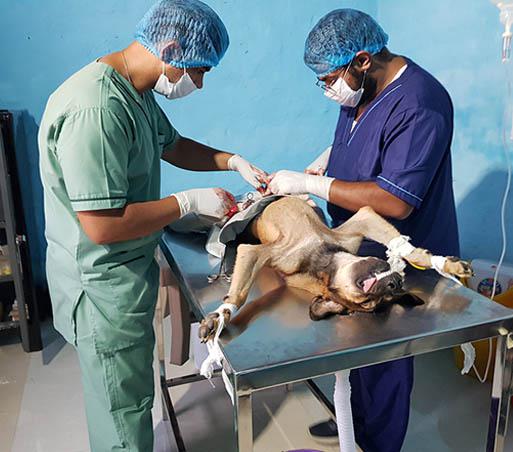 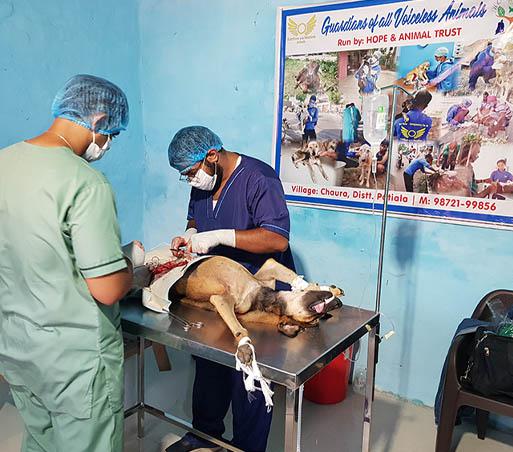 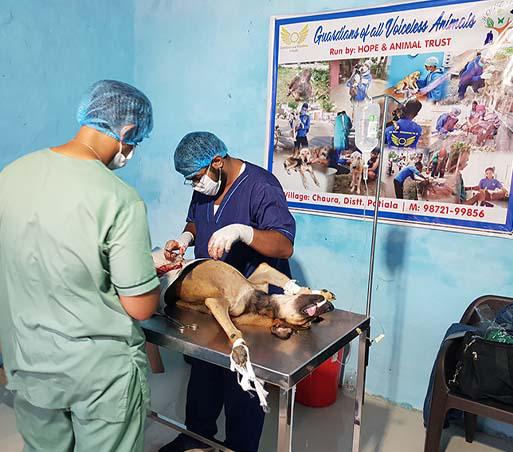 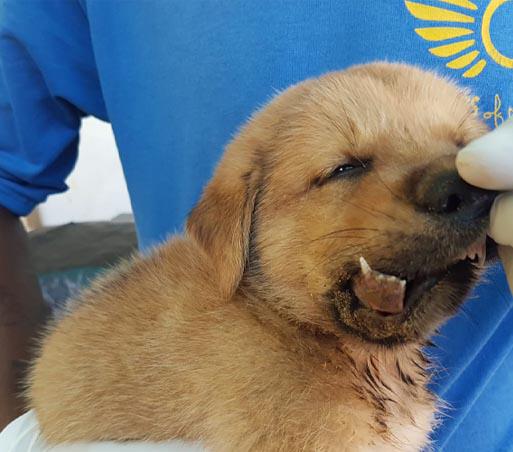 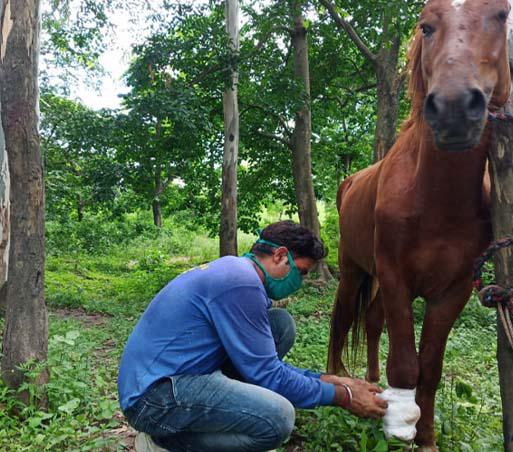 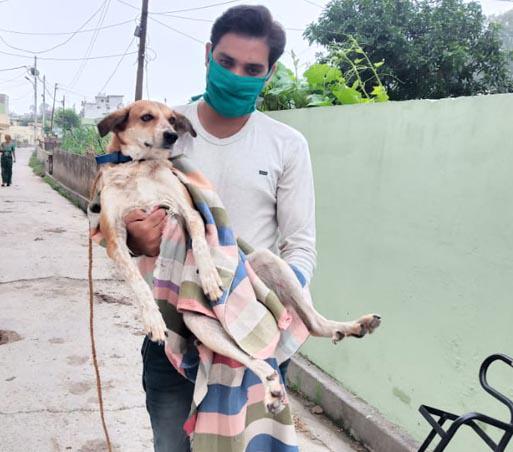 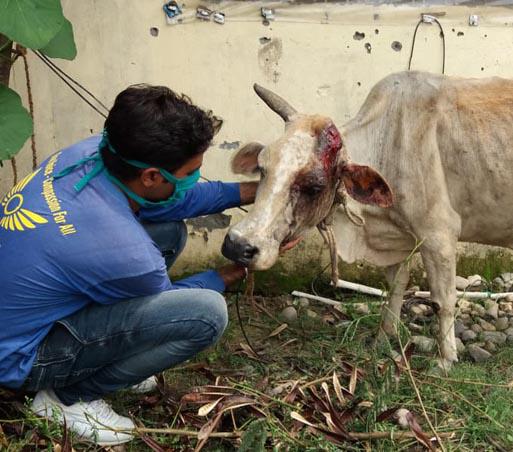 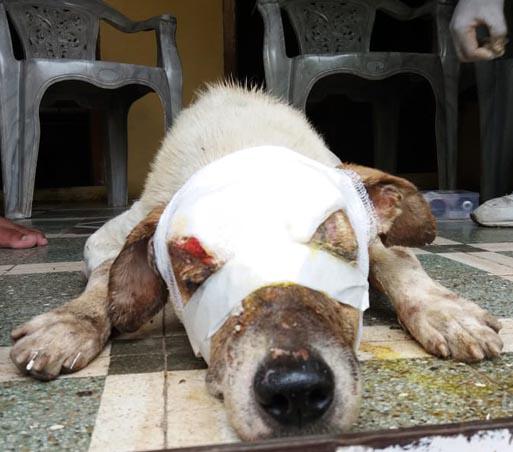 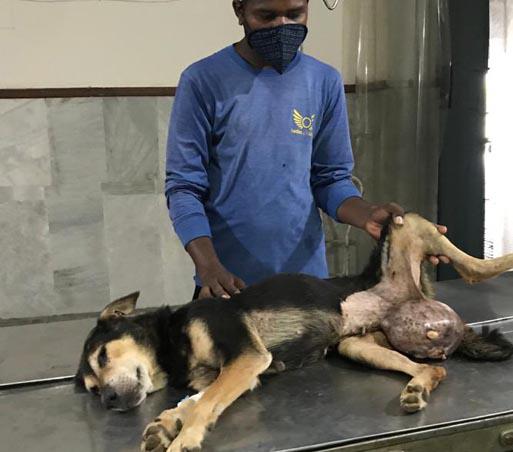 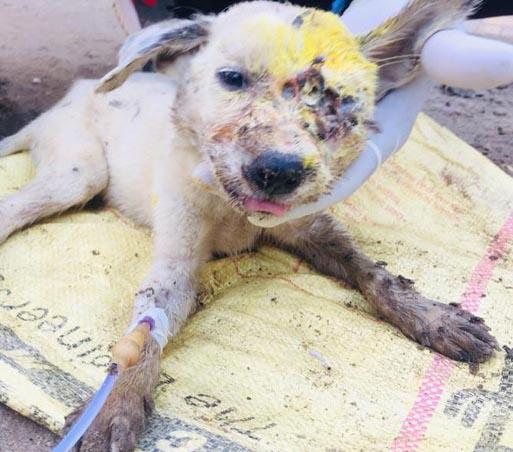 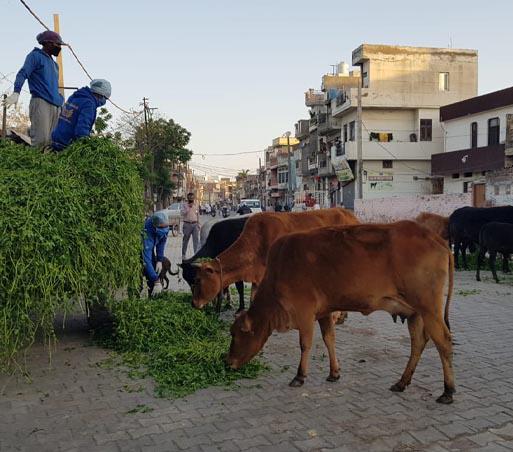 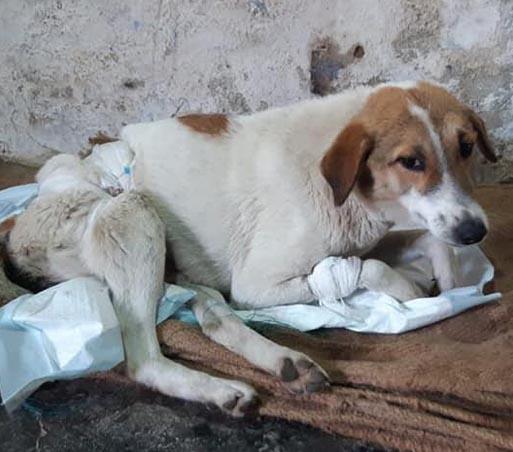 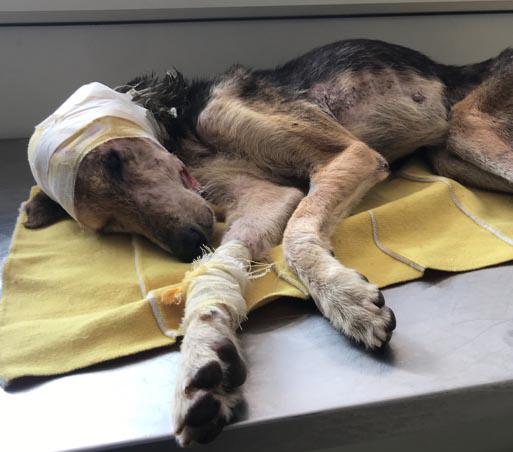 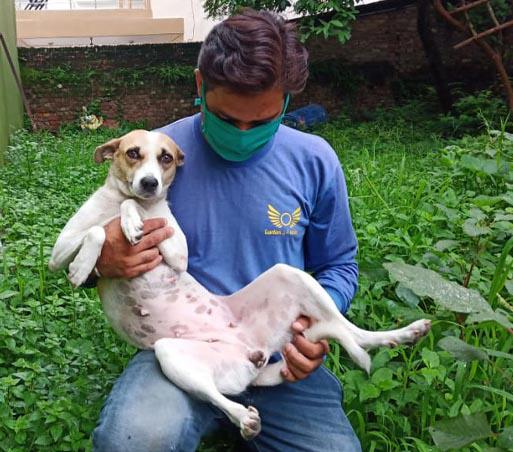 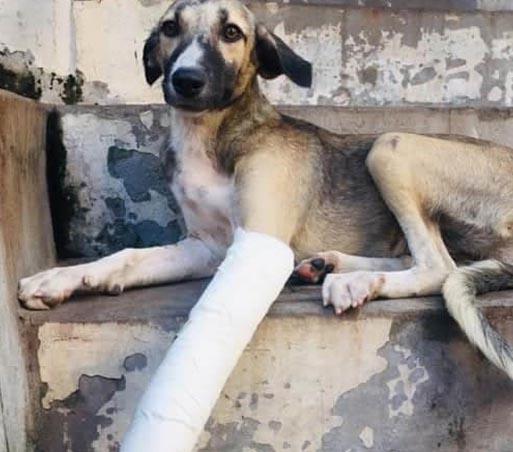 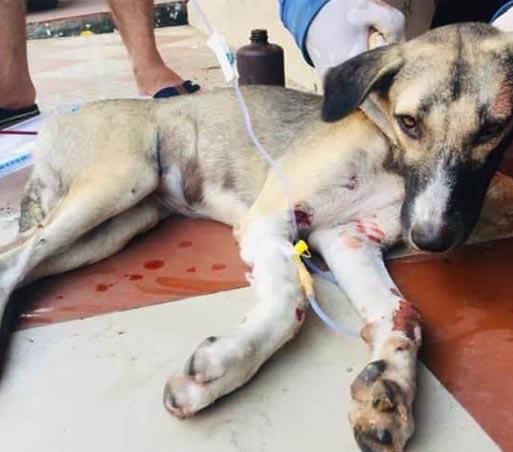 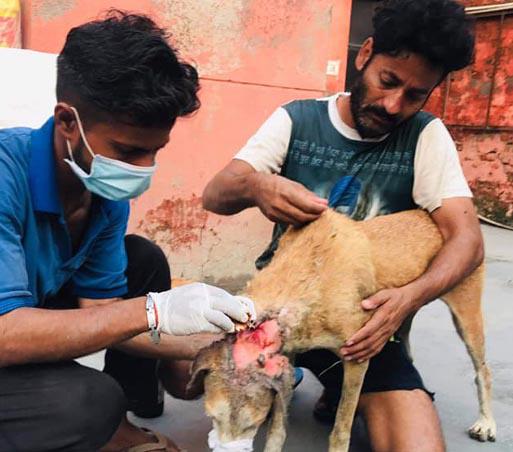 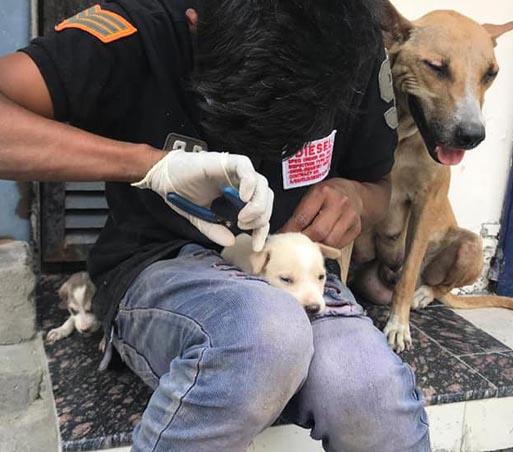 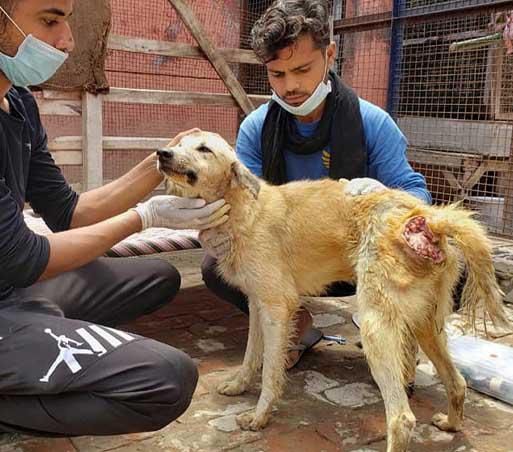 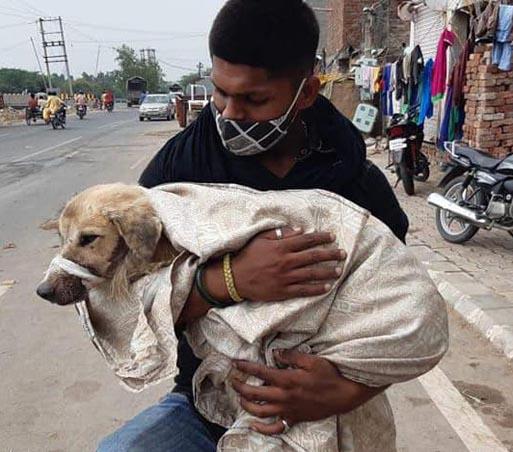 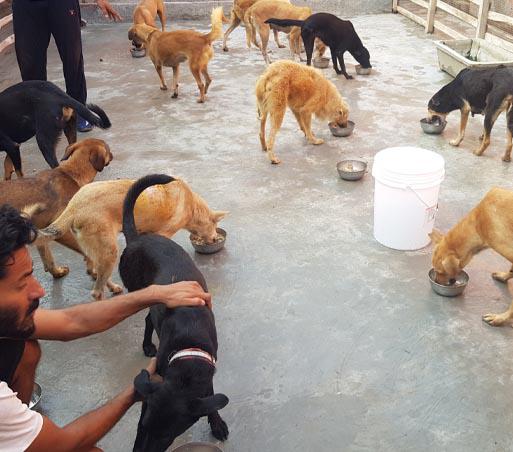 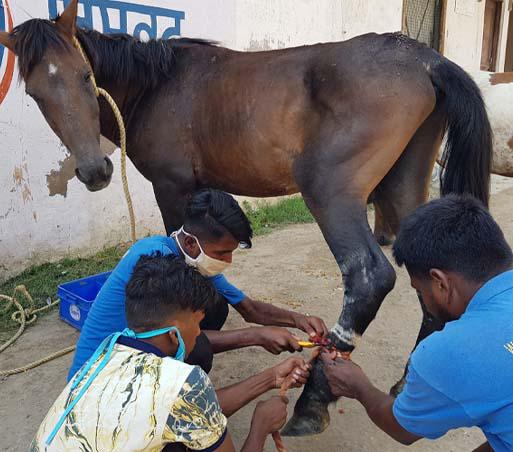 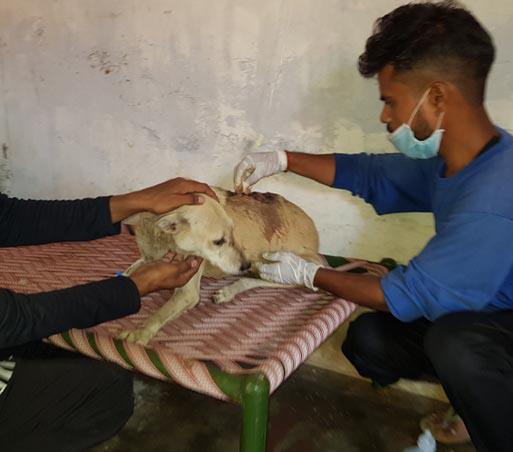 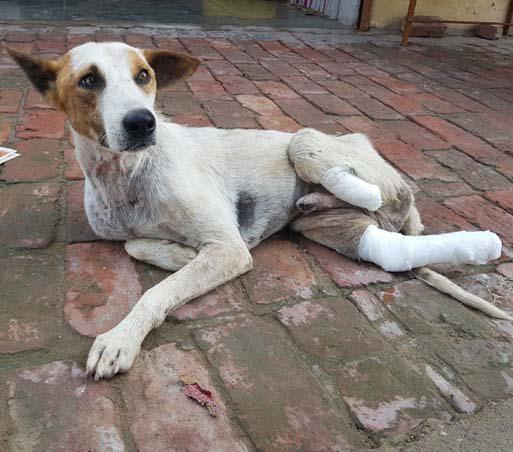 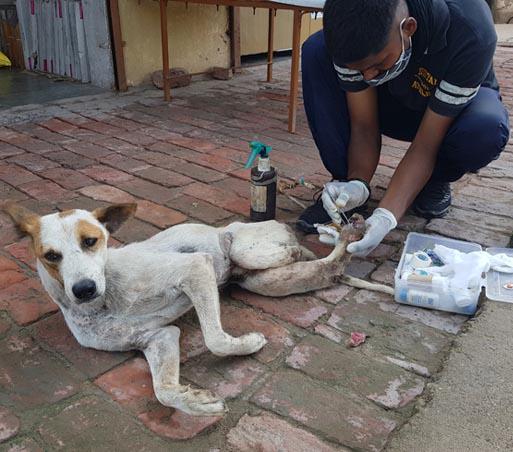 Helping Organisation for People, Environment (HOPE) & Animal Trust is a non-governmental organisation working in India. We are a small registered, tax exempted charitable (non profit) group working to improve the lives of Animals and people since year 2000.